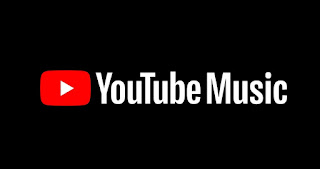 Google announced YouTube Music, YouTube Music Premium and YouTube Premium in May 2018, but the services were available only in selected regions at launch. Over the coming months, these were rolled out to more parts of the world, but they have been curiously absent from certain important regions like India, which otherwise has been in Google’s crosshairs for other projects. Now, Google has finally announced a wider international rollout of YouTube Music and related services in India, South Africa and parts of South America.
The complete list of countries which are part of this international rollout are as follows:
YouTube Music in India
YouTube Music enters into the music streaming segment in India, which recently became crowded thanks to the launch of Spotify in the country. YouTube has been the home for official releases of songs, albums as well as thousands of playlists, and a vast variety of remixes, covers, live performances and more. YouTube Music leverages this aspect of the video sharing platform, and augments it with paid services in the form of YouTube Music Premium and YouTube Premium.
To simplify the distinction between the services that have launched, think of YouTube Music as a basic, ad-supported media player that hooks into YouTube videos for music, but with caveats that you get frequent ads as well as no background playback. If you leave the app or lock your phone, the music player stops, which makes for a rather annoying experience
Music Premium builds up on this by removing these annoyances, proving ad-free music, background playback, as well as the ability to download songs for offline playback. Google Play Music subscribers get YouTube Music Premium membership as part of their monthly subscription, so they do not need to pay anything more or experience any changes to their current experience. YouTube Music Premium is available for ₹99/month. For comparison, Spotify is available for ₹119/month under the subscription model, though one should note that ad-supported Spotify is objectively a better music streaming app compared to Google’s offering. Other services like JioSaavn, Gaana, Wynk are available at ₹99/month, while Amazon Music is available as part of the Amazon Prime subscription.
YouTube Premium then further builds up on this by extending the benefits throughout YouTube, and also brings in access to YouTube Originals. This is available for ₹129/month, and as a clarification, this already includes features of Music Premium.
YouTube is also offering a 3 month free trial of YouTube Music Premium for all to experience their service before tying themselves in. Do note that you need a payment method to begin this trial, and the service is renewed automatically, so be sure to cancel it before the trial ends if you did not enjoy the service. For Samsung Galaxy S10 users, the deal is bumped up to 4 months as well as to YouTube Premium.