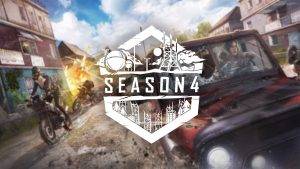 The PUBG 4.1 beta update has been released and it is now live on the test servers with a tonne of UI and gameplay changes. To start things up, the latest PUBG update kicks off Season 4 and does so with an official story trailer that teases the Erangel map’s backstory and shows the game adopting a narrative for the first time. Erangel has received a visual overhaul, and a new Survivor Pass arrives with co-operative mission system, alongside tweaked weapon and loot characteristics, new gameplay rules, and a lot more.

But before we delve into the changelog, let’s talk about the Season 4 trailer which adds a story-driven element to the battle royale game. PUBG Season 4’s official cinematic trailer depicts a story of survival set in the Erangel map, which shows a boy surviving the carnage of war and eventually becoming master of the whole island where he oversees the battle royale action commence in real-time. And in case you are wondering, the character is most probably an allusion to Brendan Green aka PlayerUnknown himself.

The start of Season 4, an updated Survivor Pass makes its way to PUBG and this one is called Survivor Pass 4: Aftermath. It brings new skins and items, as well as over 100 rewards. It also introduces a new cooperative mission system and will begin on July 23, with an active span of 12 weeks in total. The mission change system has also been improved, allowing players to swap up to 3 daily missions each day, however, BP can be used to swap additional weekly or daily missions.

There are a tonne of gameplay and item changes as well. For example, the damage dealt by guns like Kar98k, S12K, and SMGs has been increased, while that of weapons like M24, AKM, and Groza has been brought down. Handling, stability, maximum speed, and fuel consumption of a wide range of vehicles have also been changed.The entire PUBG 4.1 beta update’s changelog can be seen on the official website