Home Technology Xiaomi will announce the Mi 9 on the same day as the...
Facebook
Twitter
Pinterest
WhatsApp
Xiaomi has announced that it will be unveiling the new Mi 9 smartphone on February 20. The company is hosting an event in Beijing, China on the day to unveil the Mi 8 successor. The launch date is particularly interesting given, Samsung will announce its Galaxy S10 -Series later that day in San Francisco. It seems Xiaomi is looking to steal Samsung’s thunder. Carrying the code name “battle angel,” the Xiaomi Mi 9 is said to be the company’s best-looking smartphone to date. 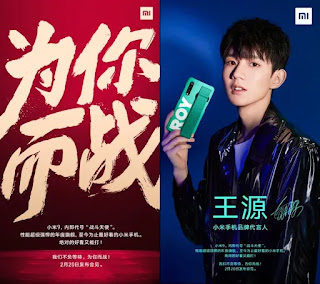 Considering the Mi 8 was unveiled in May 2018, Xiaomi has significantly moved the Mi 9 launch forward, most likely in a bid to be ready for Samsung’s next flagship as well as any other major smartphones that debut at the Mobile World Congress 2019 in Barcelona later this month. The company had announced the Mi 9 launch date in post on Weibo earlier today.

Although Xiaomi is yet to detail the Mi 9, the rumours and leaks have revealed that the phone will be powered by Qualcomm Snapdragon 855 SoC and will support 27W fast charging technology. The phone is said to be running on MIUI 10, based on Android 9 Pie. Among other specifications, the phone will feature a 6.4-inch AMOLED screen with a waterdrop-style notch, in-display fingerprint sensor, and 3,500mAh battery.
In terms of the imaging capabilities, the Xiaomi Mi 9 will sport a triple camera setup on the back with a 48-megapixel Sony IMX586 primary sensor, a 12-megapixel secondary sensor, and a 3D ToF sensor. The smartphone is also believed to pack a 24-megapixel Sony IMX576 sensor at the front. The triple camera setup can also be seen in the Mi 9 promo image on top. Although rest of the phone is covered, the camera setup can be easily seen.
Xiaomi Mi 9 is expected to be offered in Black, Blue, White, and Gold colours in 8GB RAM + 128GB storage, 8GB RAM + 256MB storage, and 6GB RAM + 128GB storage variants.