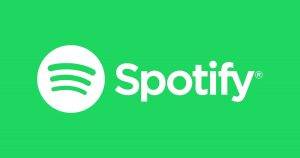 Spotify is now finally available for Indian users. The official application is available for download on Google’s Play Store and Apple’s App Store. It’s also available on desktop for Windows and MacOS.
Spotify, one of the world’s biggest music streaming services, has been making efforts to tap markets outside the US. India has been one of its priority markets. The company, however, has made some changes to woo the Indian audience. For instance, its subscription plans are much cheaper in India than what it charges users in the US.
Spotify will offer more than four crore songs and 300 crore playlists for music fans in the country, the company said.
It had briefly Hita hurdle when the music label, WMG, filed for an injunction in the Bombay High Court earlier this week over licensing rights.
“Not only will Spotify bring Indian artists to the world, we’ll also bring the world’s music to fans across India. Spotify’s music family just got a whole lot bigger,” said Daniel Ek, Spotify Founder and CEO.
The free version of Spotify offers limited access to content which covers India-specific genres such as Bollywood, Punjabi, Tamil and Telugu along with international music. Spotify is integrated with other platforms like smart speakers, Google Maps, Tinder and Instagram. In total, the streaming app is compatible with over 500 products across 200 hardware brands.
To subscribe for the premium version, iPhone users in India to visit the official Spotify website. Android users can sign up for the premium version from the application. Some users are facing issues with the Android app, though. If you face the same issue, simply visit the official website to get started with the premium version.
Spotify Premium: Subscription plans
Spotify premium offers ad-free unlimited music, podcasts and offline support. In India, Spotify is offering a 30-day free trial for Spotify Premium after which it will start charging Rs 119 a month. Spotify is also offering recharge-like top-up options which start as low as Rs 13 for 1 day. Users can pay for these top-up recharges via Paytm.
The top-up plans are Rs 39 for seven days, Rs 129 for one month, Rs 389 for three months, and Rs 719 for six months.
The annual subscription plan is priced at Rs 1,189. Students can avail up to 50% discount on monthly subscription.