Samsung’s Galaxy S10 and S10E have leaked in high-resolution renders thanks to prolific leaker Evan Blass. 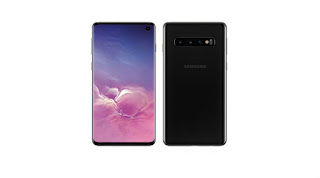 In less than 10 days from now, Samsung will launch the Galaxy S10 series at an event on February 20 in San Francisco. The flagship has already been leaked multiple times in the past few months but today’s leak provides us with the clearest look at Samsung’s Galaxy S10 series.
Today, though, Samsung’s Galaxy S10 and S10E have leaked in high-resolution renders thanks to prolific leaker Evan Blass. The high-resolution renders provide us with a clear look at the punch-hole displays on both phones and the design language.
The leaked renders show the Galaxy S10 and S10E, in line with previous information leaked via leaks and rumours. As you might have expected, the Galaxy S10 has slim bezels all around and a chin at the bottom. A curve edge display adorns the front, and a punch-hole with a single front-facing camera is clearly evident. Flip the back, and you will notice a triple-camera setup.
The second image reveals a cheaper variant of the Galaxy S10: the Galaxy S10E. This phone has a flat display and appears to have bigger bezels. Unlike the Galaxy S10, the Galaxy S10E only has a dual-camera setup on the back. Also, the Galaxy S10E is expected to feature a fingerprint scanner embedded on the side.
Speculation is rife that the Galaxy S10E will sport a 5.8-inch Super AMOLED display, either the Exynos 9820 or Snapdragon 855 processor, 6GB RAM and 128GB of internal memory. A recent report confirmed that the iPhone XR rival will be made available in a number of colour options including Black, Green, White, Blue, and Yellow.
In addition to the Galaxy S10 and S10E, Samsung will also launch the Galaxy S10+ that’s expected to come with a 6.4-inch display, a dual front-facing camera in a punch-hole cut-out, triple cameras on the back, and an in-display fingerprint scanner. A ceramic edition of the Galaxy S10+is likely to launch on February 20, featuring a 12GB RAM and 1TB of internal memory.