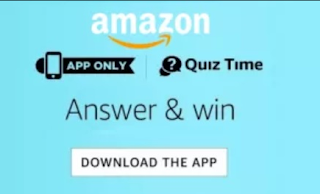 Q1) On which day is the International Women’s Day celebrated every year?
Ans – 8th March
Q2) After being nominated for several years, Leonardo Dicaprio finally won an Oscar for Best Actor in 2016. Which film did he win it for?
Ans – The Revenant
Q3) The circle of latitude known as Tropic of Capricorn, passes through India
Ans – False
Q4) The 2018 film, Pad Man, starring Akshay Kumar is based on a true story. Who is the social entrepreneur that inspired the character?
Ans – Arunachalam Muruganantham
Q5) Which country will host the 2020 Summer Olympics?
Ans – Japan
After answering all 5 questions correctly, you will get a Congratulations message that you have been entered into a lucky draw. Now keep your fingers crossed and wait for the results to be announced.
Terms and conditions :
This Contest will commence on 4th March 2019 from 08:00:01 a.m. (IST) to 12:00:00 p.m. (IST) (“Contest Period”)
In order to be eligible for the Contest, during the Contest Period you must sign-in to or sign-up from an account on the Amazon.in App (“Amazon.in App”).
Once you have signed-in to the Amazon.in App, you can participate by navigating to the page where 5 (five) questions will be posted during the entire Contest Period.
Thereafter, if you answer all the quiz questions correctly, you will be entitled for a lucky draw which will be carried out amongst participants who have answered that particular question correctly.
The draw of lots will be carried out during the Contest Period for the questions and a total of 1 (one) participant will be selected as winners by a random draw of lots.
The declared winner(s) will be eligible for winning a Philips Air Fryer (hereinafter referred to as “Prize(s)”).
Results on 30 March 2019