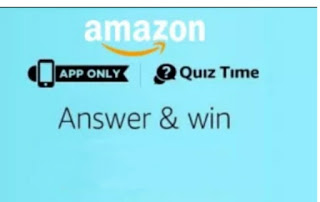 Q1) What is astronaut, Buzz Lightyear’s popular catchphrase in the Pixar film, Toy Story?
Ans – To infinity and beyond
Q2) The fictional address 221B, Baker Street is associated with which of these fictional characters?
Ans – Sherlock Holmes
Q3) The Game of Thrones TV show is based on the fantasy novel series ‘A Song of Fire and Ice’ . Who is the author of this book series?
Ans – George R. R. Martin
Q4) A 2-part British stage play written by Jack Thorne based on the Harry Potter series was first performed in London. What is the name of the play?
Ans – Harry Potter and the Cursed Child
Q5) The Halley’s comet orbits the sun every 75-76 years. When will it be visible next from earth?
Ans – 2061
After answering all 5 questions correctly, you will get a Congratulations message that you have been entered into a lucky draw. Now keep your fingers crossed and wait for the results to be announced.